Earlier this year I celebrated 5 years on my natural hair journey and realized that I’ve pretty much stuck with the same products.  I am usually one of those gals who like to use affordable products that can be found locally in stores.  Once I figured out what worked for me, I stopped looking.  Still, I couldn’t ignore all of the rave reviews that circulate in the natural hair world.  For this reason, I decided maybe I could tweak my routine here and there.  Who knows?  Maybe I’m missing out.

I was eyeing the Camille Rose products at my local Target store for some time and decided to try something from the line.  I needed a moisturizer for when I do my wash n’ go so I grabbed the Curl Love Moisture Milk.  You get 8 ounces for about $15 dollars USD which seemed reasonable considering it contains all natural ingredients.  The product claims to,”nurture your tresses and aid in preventing breakage, shedding and styling damage.”  The label also states that it,  “…will provide shine, protective anti-oxidants and long-lasting moisture to enhance the driest hair.”  This sounded like something that would certainly provide my hair with the moisture it needed under a heavy styler like Eco Styler gel.  I love how gel makes my curls pop but I’m sometimes left with dry hair a few days later.

I first tried it on wet hair after cleansing and conditioning.  Then I decided to use a little grapeseed oil to seal in the moisture.  Lastly, I sprayed each section of my hair with water before applying Eco gel.  I was very surprised to see how much my curls clumped together.  My hair also appeared to hang more than my usual wash n’ go.  I let it airdry and realized that maybe adding the grapeseed oil was making my hair a bit too heavy.  The next trial I decided to skip the oil and use the Curl Love as my sealer because it contains Castor oil.  In this case I used Aussie Moist as my leave-in conditioner and then followed the same steps as before.  The result was okay but my curls weren’t as juicy.  The combo that worked best was when I used a leave-in conditioner, grapeseed oil to seal then the Curl Love all before applying the gel.  This basically meant I was using the L.O.C. method (leave-in, oil, cream).


Overall, I found that the product does what it claims by allowing my curls to hang more when I use it to do a wash n’ go style.  It definitely feels moisturizing and leaves me with much softer hair after using the hair gel.  I did notice however that if I stuck with sulfate free products to cleanse my hair, the product would build up.  I am back to using a sulfate shampoo for when I need to clarify so this is no longer an issue
for me.

I agree with the price point considering I am still on the same bottle a couple of months later.  I realized early on that you don’t really need to use very much of the product in order to moisturize your hair.  I even use it on my kid’s hair and feel like we’ve gotten a lot of use out of it.  I would definitely purchase this product again in the future.

HAVE YOU TRIED THE CAMILLE ROSE NATURALS LINE? 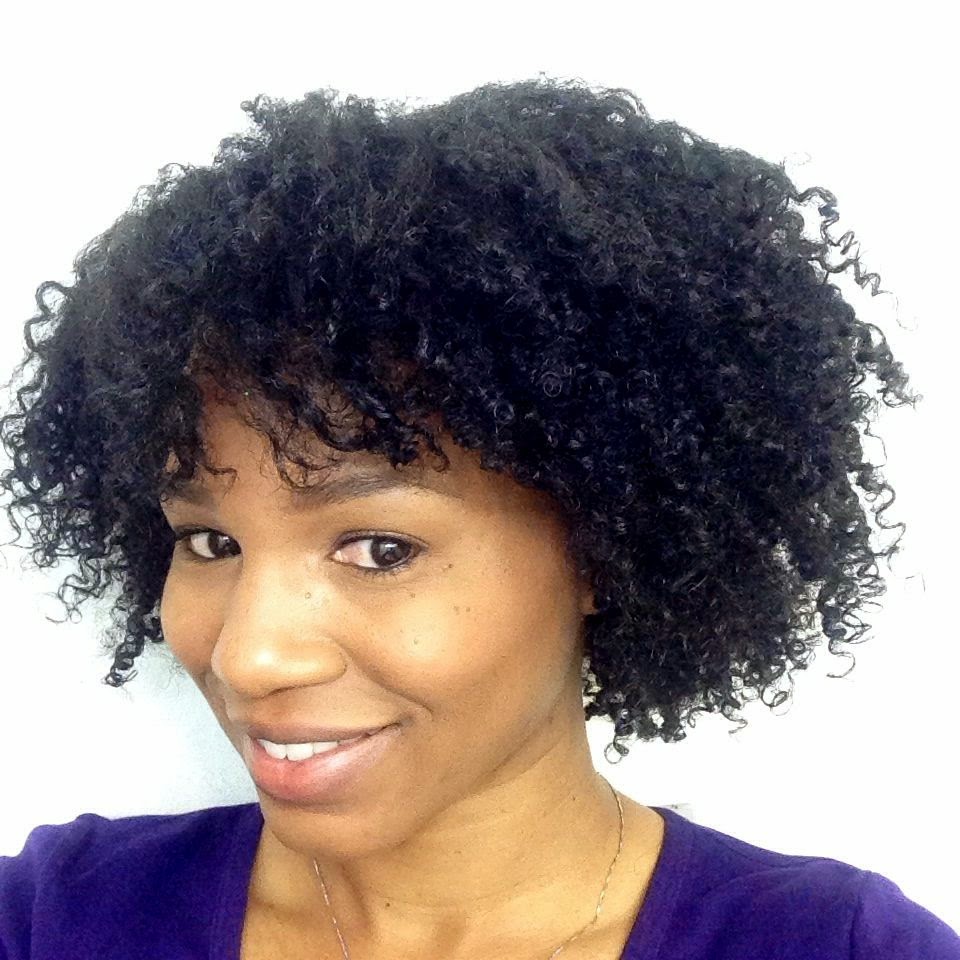 Long time no blog!  Hopefully I’ll be getting back into the swing of things now that the kids are back in
school.  My hair routine is a little all over the place but lately I’m rockin’ my wash n’ go.  The weather here in Colorado may not be warm for much longer so I’m trying to take advantage of it.  Once fall hits, I’m thinking I might look into doing some crochet braids or twists under a beanie.

Anywhoo, here is my most recent youtube video which illustrates my current wash n’ go routine.  Right now I am experimenting with different moisturizers and will have a review later.  In the meantime, you can watch how I apply my products to achieve this style.

This past weekend marked the fifth anniversary since I went natural back in 2009.  I did my big chop on the third day in May after a nine month transition.  Recently I looked back on my natural hair journey and thought about how I would have done things differently.  It took a lot of trial and error to get to where I am today but I finally figured some things out.

In some of my more recent posts I discussed the different uses for hair oils.  I spent a very long time thinking that I was sealing in moisture with coconut and olive oils.  In actuality, grapeseed oil was the true winner when it came to this because it was heavy enough to lock in the moisture.  Now I know that coconut and olive oils are to be used to help moisturize and condition the hair; not to seal.

Another new discovery is that hair gel is not the enemy.  I had so many failed attempts at styling my hair that I often blamed my beloved Eco Styler gel for the outcome.  I learned that if used in the right way it could enhance my styles and make them last longer.  Now I use the grapeseed oil to seal in moisture and apply the gel as a holding agent with no issues.
Watch my Youtube video for more on what I learned over the past five years with Natural Hair
MITCHELLZEE’S 5 YEARS NATURAL VIDEO
MYTHS AND TRUTHS ABOUT NATURAL HAIR